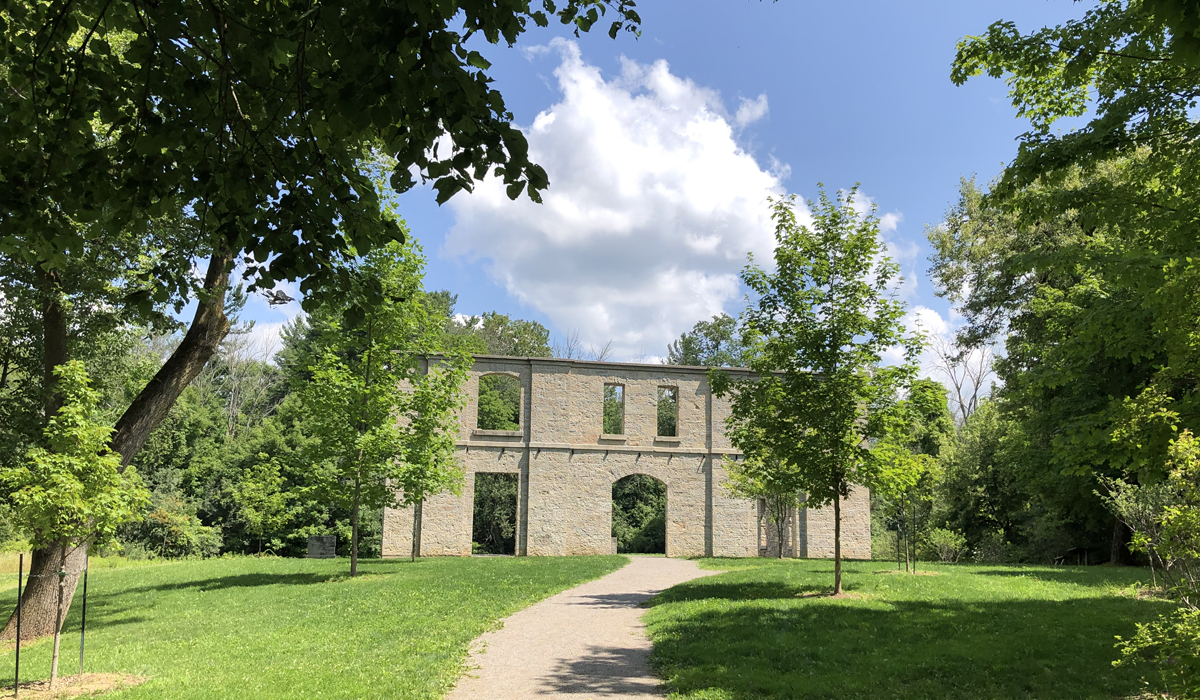 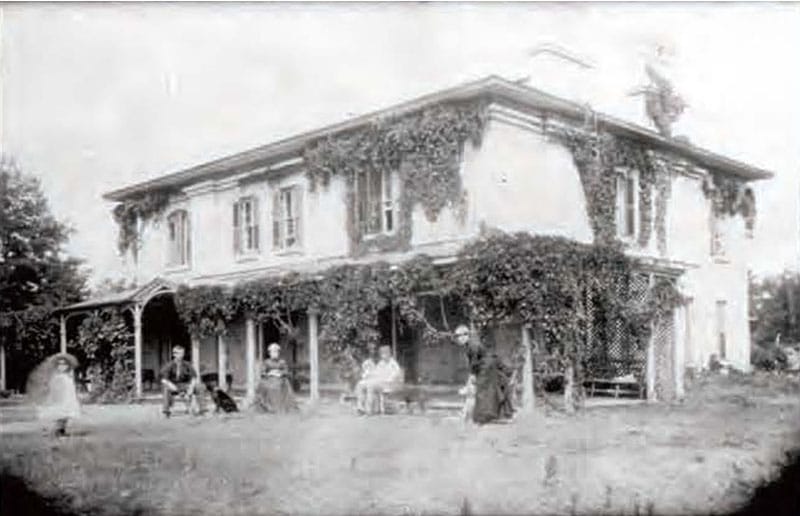 Hermitage House circa 1890
If you’ve ever gone on a hike in the Dundas Valley, you’ve no doubt come across The Hermitage Ruins on the Main Loop Trail. As you could’ve guessed, these beautifully restored ruins have a unique story to tell, and one that includes some ghosts too!

The known history of the land goes back to the late eighteenth century, but didn’t become ‘The Hermitage’ until the mid 1800’s. The Hermitage building itself was built in 1850’s by the Leith Family. The Hermitage remained in the family for nearly 100 years, even after it burned down in 1934. HCA purchased the ruins and 120 acres in the Dundas Valley in 1972 and in 2015, HCA restored the ruins. The Hermitage was reopened to the public in 2016.

Click through the timeline below for a more detailed history, pictures and as for the haunting tale of Lovers Lane, check out 1833 on the timeline.

Timeline of The Hermitage

1793: The Crown deeds the land to Henry Chrysler

Not much else is known about the property until the 1830's.

1830: Frame house built on the land by Reverend George Sheed

Reverend George Sheed was the first Presbyterian minister in Ancaster, and in 1830 he purchased the property. Sheed built a frame home on the low ground to the east of the present ruin, near the stream. In Leith’s time, this building was in the middle of the orchard, and was used for storing apples until some time after 1900. Sheed died in 1832, and was buried in St. Andrew’s Presbyterian Church’s cemetery in Ancaster (on Sulphur Springs Road by Wilson Street).

1833: Named The Hermitage by Otto Ives when he purchases the land

In 1833, the land was sold to an Englishman, Otto Ives, who gave it the name 'The Hermitage'. Ives came to Canada from Greece with his Greek wife, their children, and his wife's niece, Angelica.

The Legend of Lovers Lane

There is a legend that the Ives’ coachman, William Black, fell in love with Angelica and they began an affair. When Black asked Ives for permission to marry her, he was refused. The next morning, Black did not appear with the carriage and was later found hanging from the stable rafters.

A suicide could not be buried in a churchyard, so he was buried at a crossroads where Sulphur Springs Road joins Lover’s Lane - the road named after the tragedy.

On moonlit nights, some say that Black can be heard crying for his lost love and seen wandering the Hermitage grounds.

1855: The Hermitage purchased by George Leith. Mansion planned and park laid out.

Who was George Leith?
George Leith bought The Hermitage in 1855 and was the second son of a Scottish baronet, Major-General Sir George Alexander Leith. As the second son, Leith could not inherit the title or the property in Scotland. Leith was given a pension and came to Canada.

Hermitage Building and Construction
George Leith’s home was one of many built by wealthy British immigrants in Ancaster, but surpassed them all. The building stone was quarried locally and the red bricks came from Dundas. The limestone sills came from the Credit Valley. 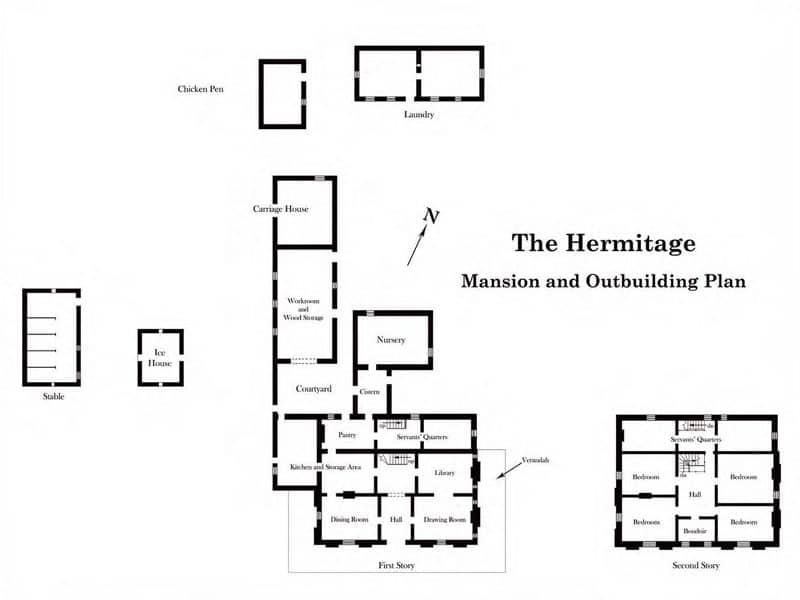 Building Layout
The attendant buildings were numerous, and their foundations can still be seen. The separate building to the north was a two-room laundry with a cistern in the floor. The long building directly behind the main house extended back about 85 feet. It contained a carriage house, a workroom and wood storage. The L-shaped wing next to it was the children’s nursery. To the west of the main house was a stable. The kitchen was in the west wing on the same side.

In 1861 there were 13 people living in the house, five of whom were servants. On the ground floor of the main house was a drawing room, library, dining room and an enormous entrance hall. By today’s standards, the furnishings were opulent and many were brought from Scotland. There were paintings by Raeburn, Archer and Hogarth and many valuable first editions in the library. One of the most precious possessions was a set of china given to Mr. Leith’s father by the King of Burma, when he was governor at Penang.

At this time, the land had to supply most food requirements for the large household. By 1861, the farm was well developed. Of a total of 250 acres, 150 were cleared and cultivated. Leith built a house, a barn and granary down the lane for his tenant farmer. This house is now privately owned.

The gatehouse, which is located where the current Hermitage Parking lot is off Sulphur Springs Road, was also built at the time. Known as The Lodge, it was, for many years, the home of Mrs. Penelope Hutchinson, a granddaughter of George Leith. 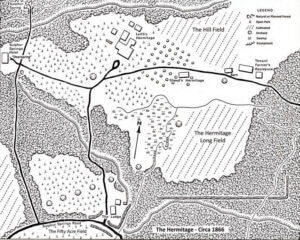 Deerspring
In 1865, Leith sold 10 acres on the west side of Sulphur Springs to his daughter and her husband – Mr. & Mrs. Matthew Wright. Here they built a large eighteen room home. On the north side of Sulphur Springs Road, there is a mineral spring, once thought to have curative properties, which had long been used by local settlers and Indigenous people. The Wrights sold the property in 1870, and in 1880 the house was turned into a hotel. It was used as a summer spa with the mineral water as the main attraction. The water was pumped uphill to the hotel by a steam engine, where it was used for bathing and drinking. The hotel suffered two severe fires and was permanently closed in 1910. The present house “Deerspring”, was built on the ruins and is now owned privately.

After the death of Mr. Leith (1887) and Mrs. Leith, (1900), their daughter, Mrs. Alma Dick-Lauder, lived in “The Hermitage.” She was a local writer who did some historical articles for the Hamilton Spectator. In 1897, these, along with other articles, were collected into book form, and entitled “Wentworth Landmarks.” 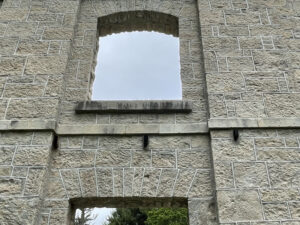 In October of 1934, The Hermitage caught fire and was almost totally destroyed. Luckily, many of the valuables on the first floor were able to be saved. Mrs. Lauder camped on the Hermitage grounds and then built a small house inside the ruins. She lived here with her many animals until her death in 1942. Since then, the park-like setting has been modified by reforestation.

You can still see damage from the fire on the beams and window sills at the restored ruins, pictured here.

Click below for additional photos and news articles:
The Fire
The Ruins

1948: Property sold out of the Leith family

During this time, many of the pine trees were removed when the land was extensively logged. In the following years, the grounds George Leith carefully planned were reforested and the park lands and farm gone.

HCA purchased 120 acres of land in the Dundas Valley from Mr. Charles Hill. 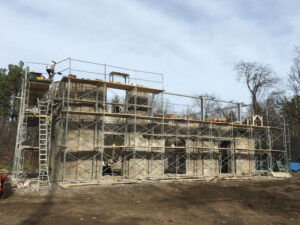 In 2014, HCA proposed restoring the Hermitage Ruins as they had fallen into disrepair and become dangerous. Significant elements of the proposal included a rebuild of the main front wall and the two sidewalls to the full height.

To do this, all the remaining walls were dismantled, including the rock foundation.  A new engineered concrete foundation was excavated and built for the three walls, along with a supporting steel infrastructure which isn't visible. The former outside walls were faced

with existing cut stone in their original location. The interior walls were re-faced with rubble stone taken from the ruins.

This approach provides a structure that will have a new foundation, an internal supporting steel skeleton and a significantly extended life span.

Once the Hermitage Ruins were restored, they area was landscaped and includes a path up to and around the Hermitage.

The Hermitage is located in the Dundas Valley Conservation Area and can be seen on the Main Loop Trail. The easiest way to get there is to park at the Hermitage Parking Lot located at 621 Sulphur Springs Road or at  Dundas Valley Trail Centre.

Additional Photos or the Hermitage and Restoration 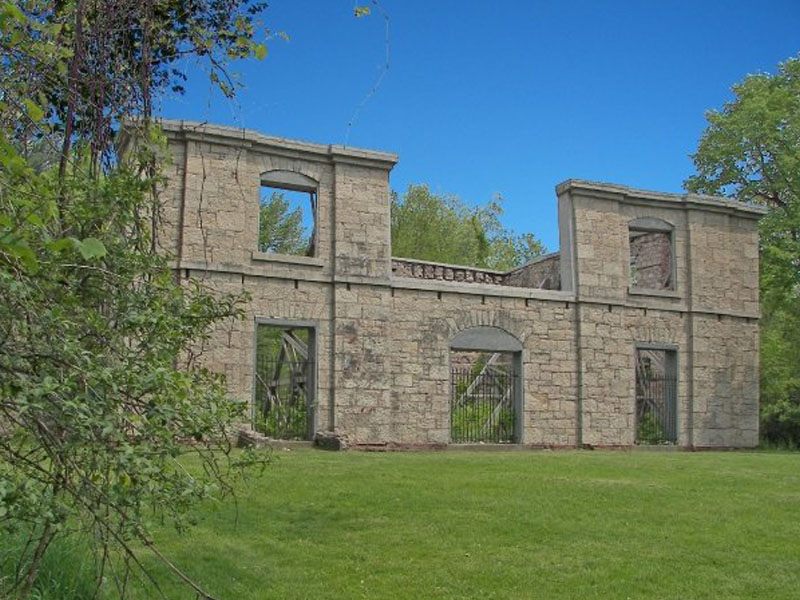 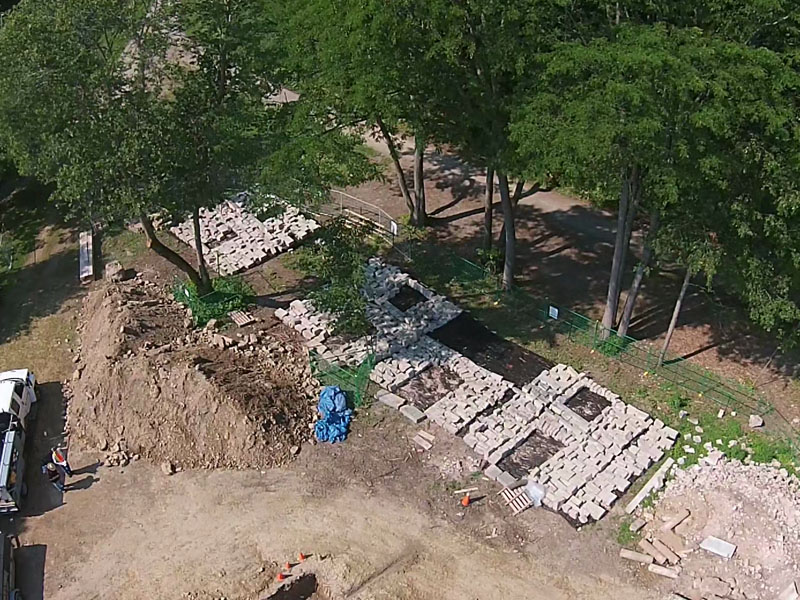 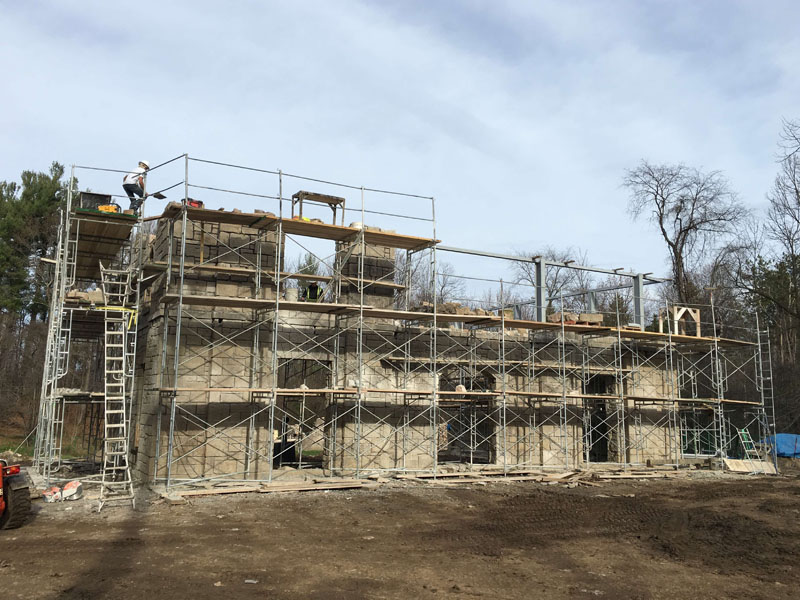 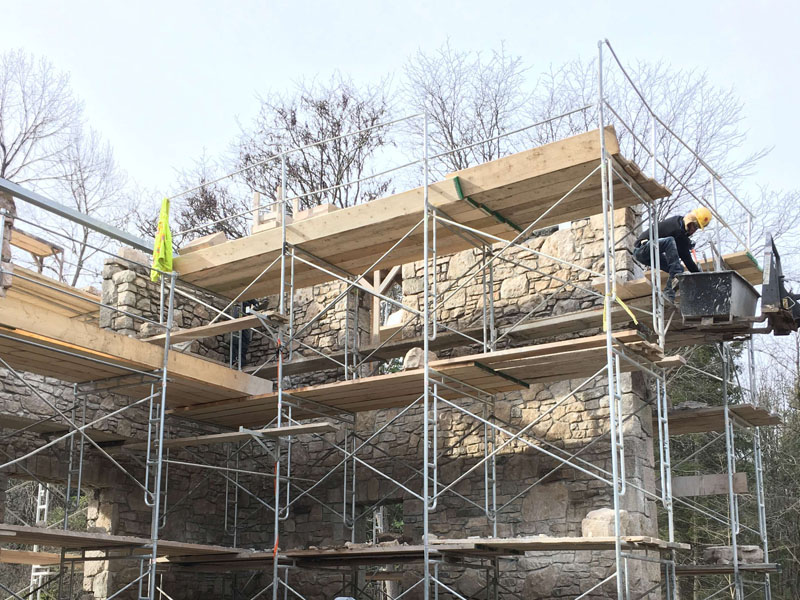 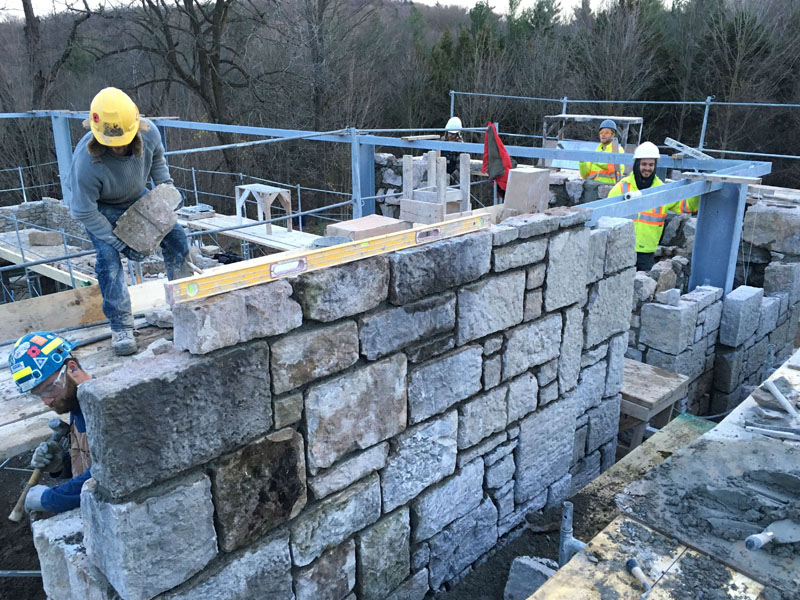 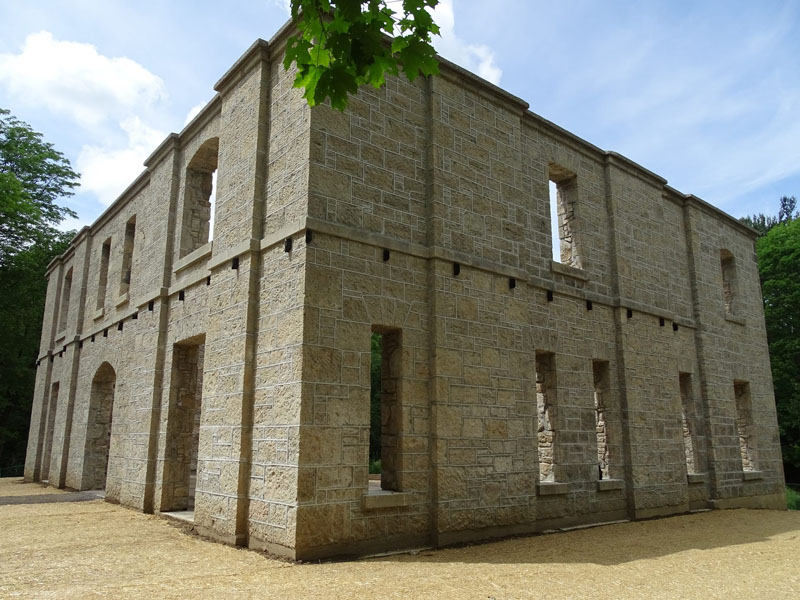 Completed restoration prior to landscaping. 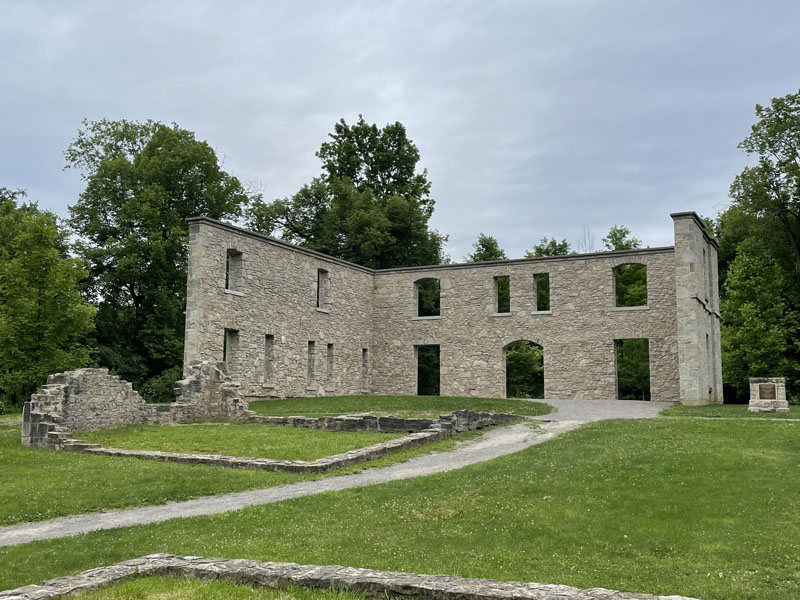 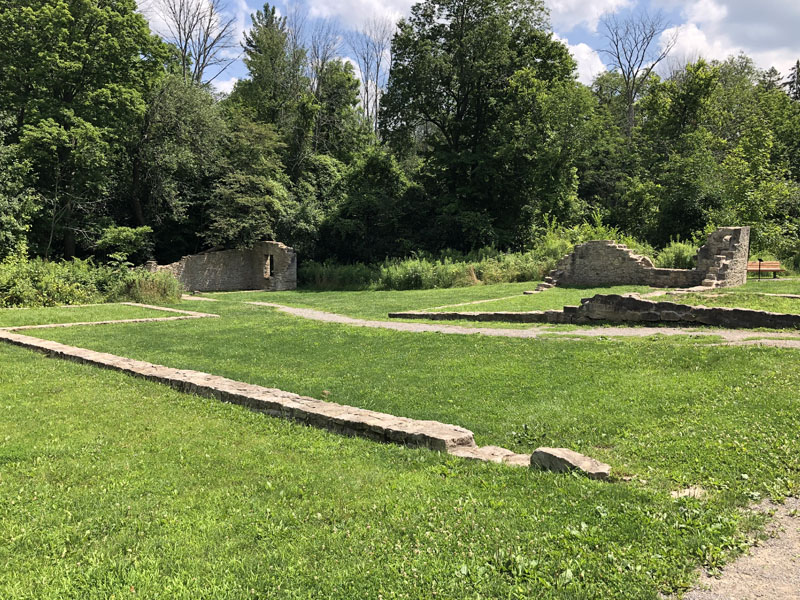 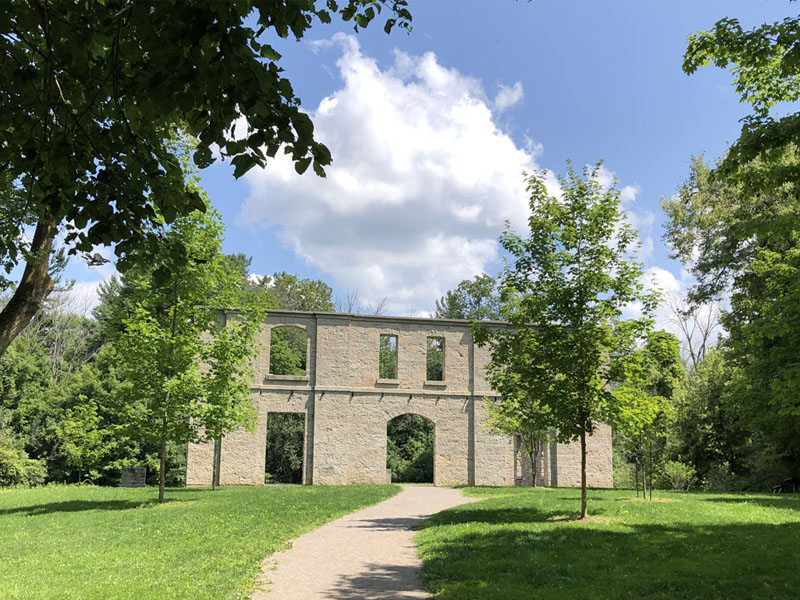 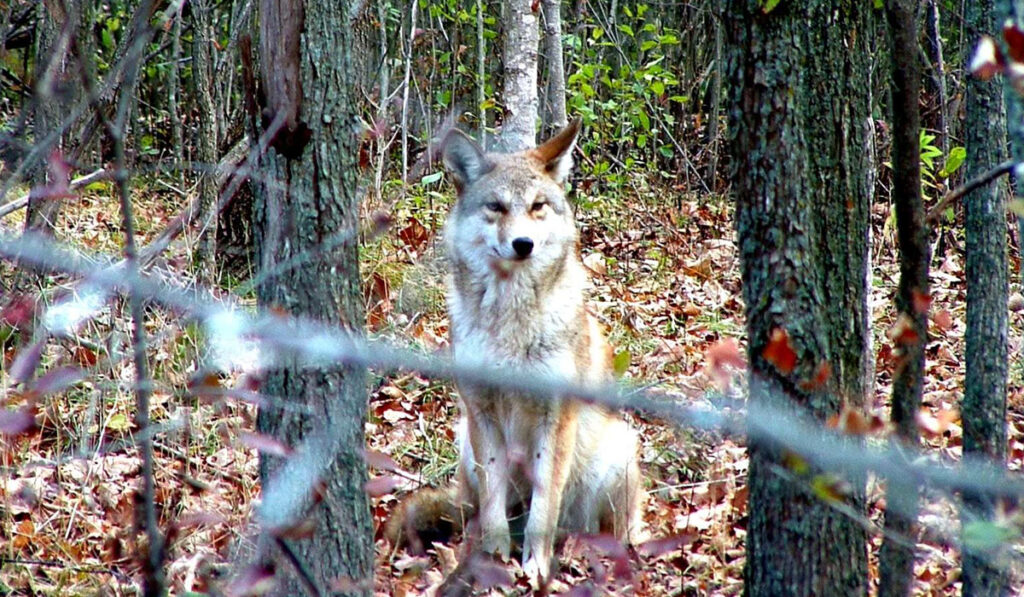 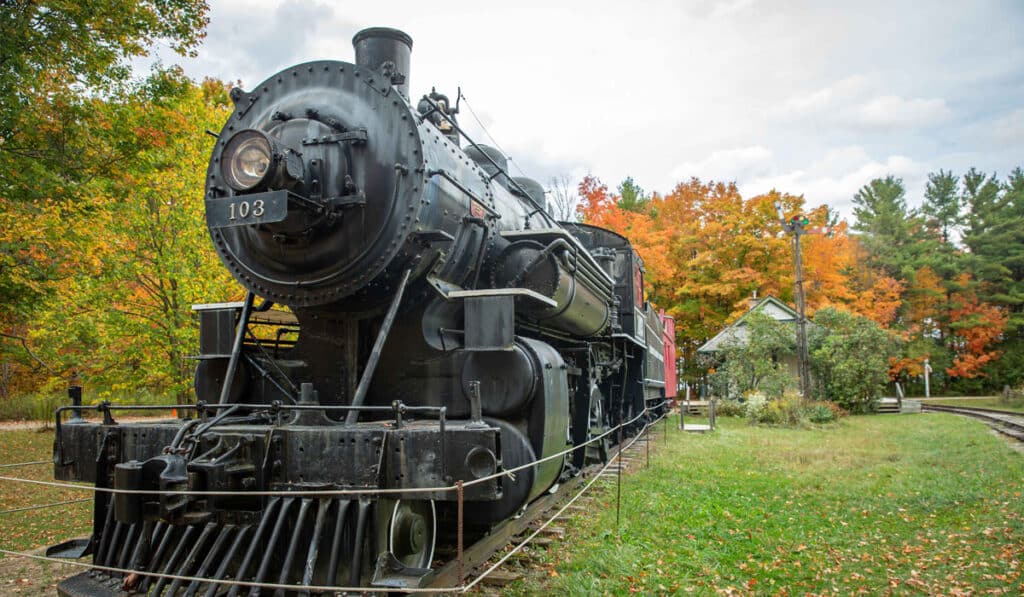 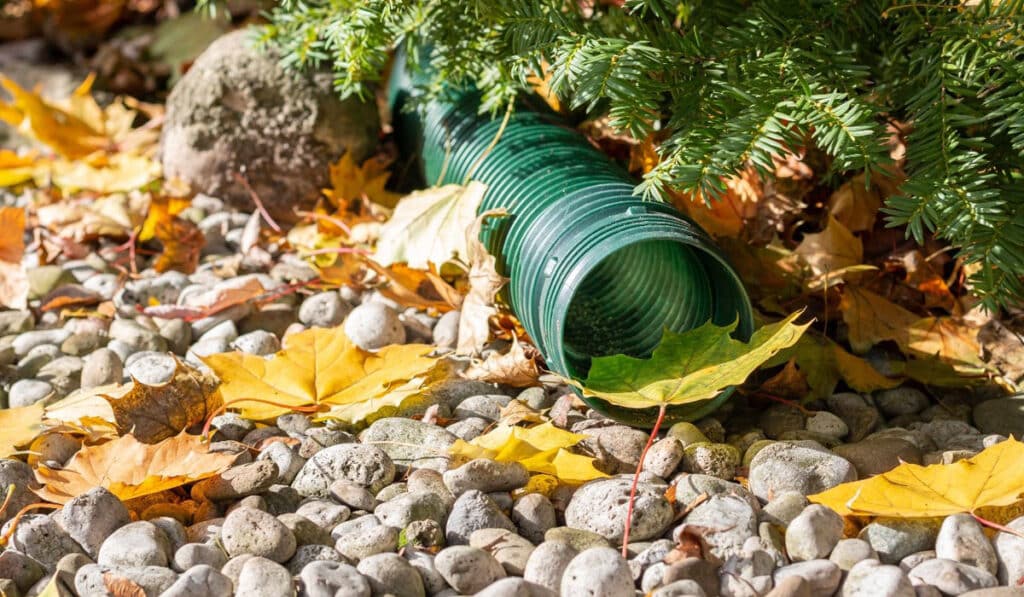 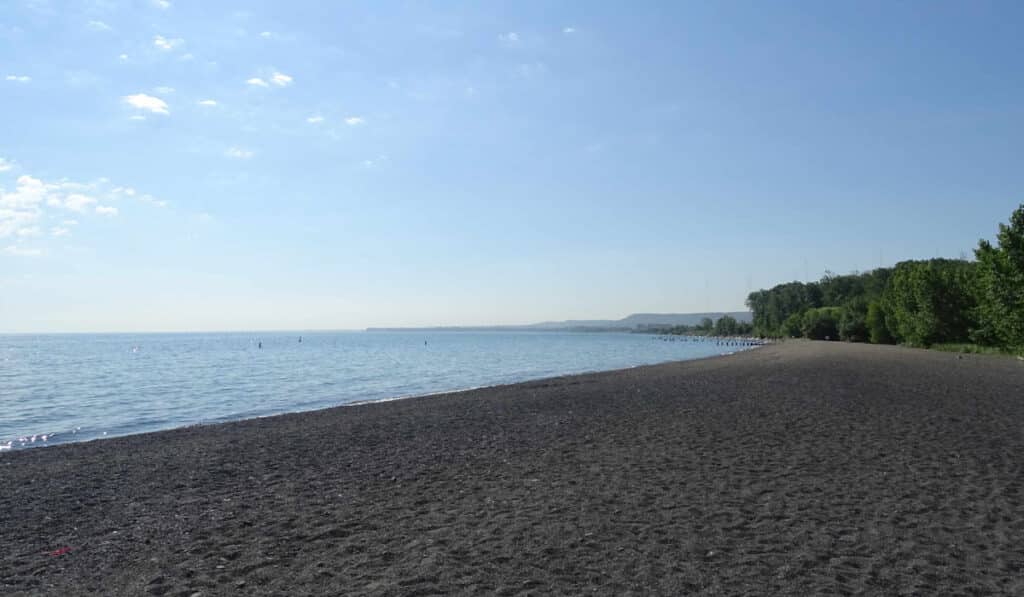 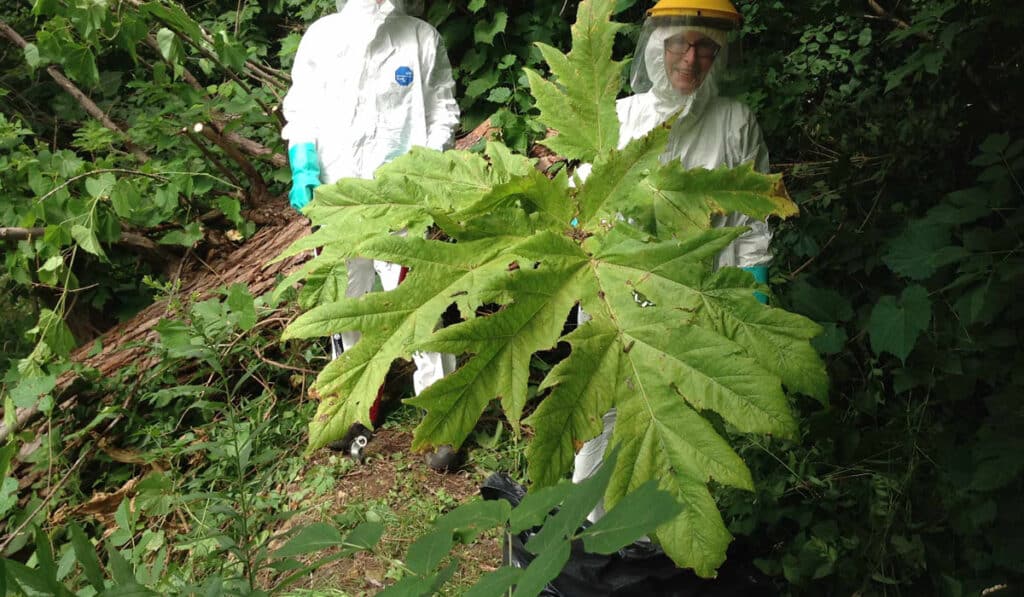 Giant hogweed is an invasive plant, likely introduced from Asia as an ornamental garden plant. It is part of the carrot family, and is a perennial (a plant that lives […] 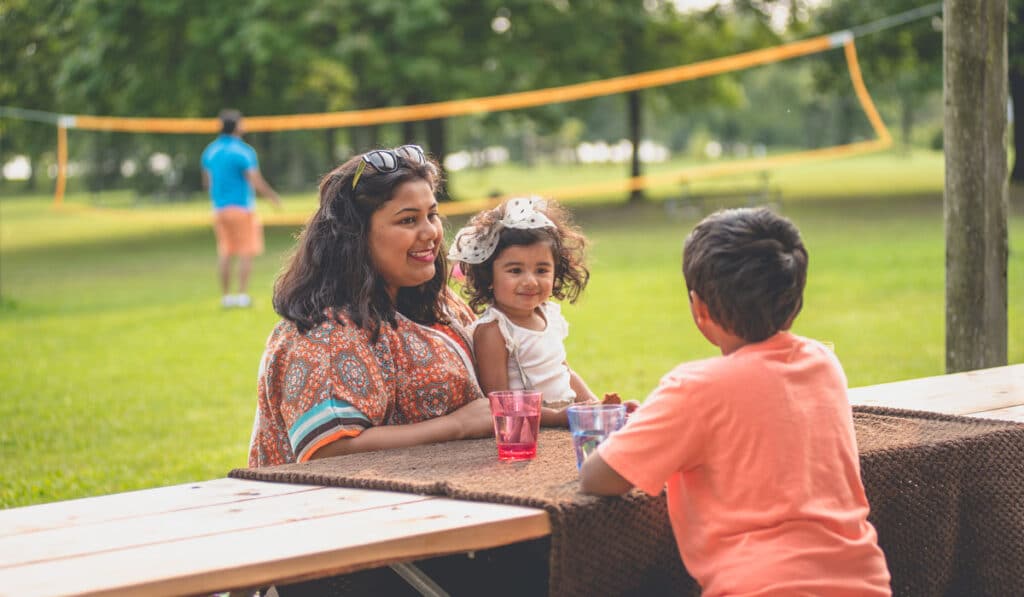 Food and the great outdoors, what’s not to like? Picnics are one of the simplest and most enjoyable ways to spend time outdoors. The key to a great picnic is […]